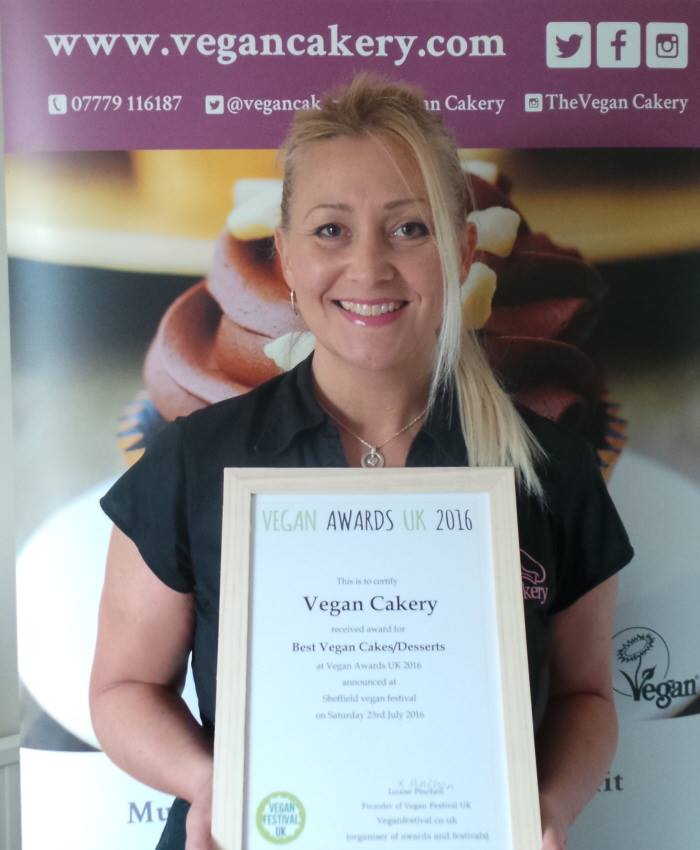 Huge thank you to all who voted in the Vegan Awards UK 2016 for TVC in the ‘Best Vegan Cakes/Desserts’ category…so thrilled to win my fourth award since TVC began and the third in the space of just 10 months.

Such an honour to receive the award from Guinness World Record vegan athlete, and true friend of the animals, Fiona Oakes at Sheffield Vegan Festival in July.