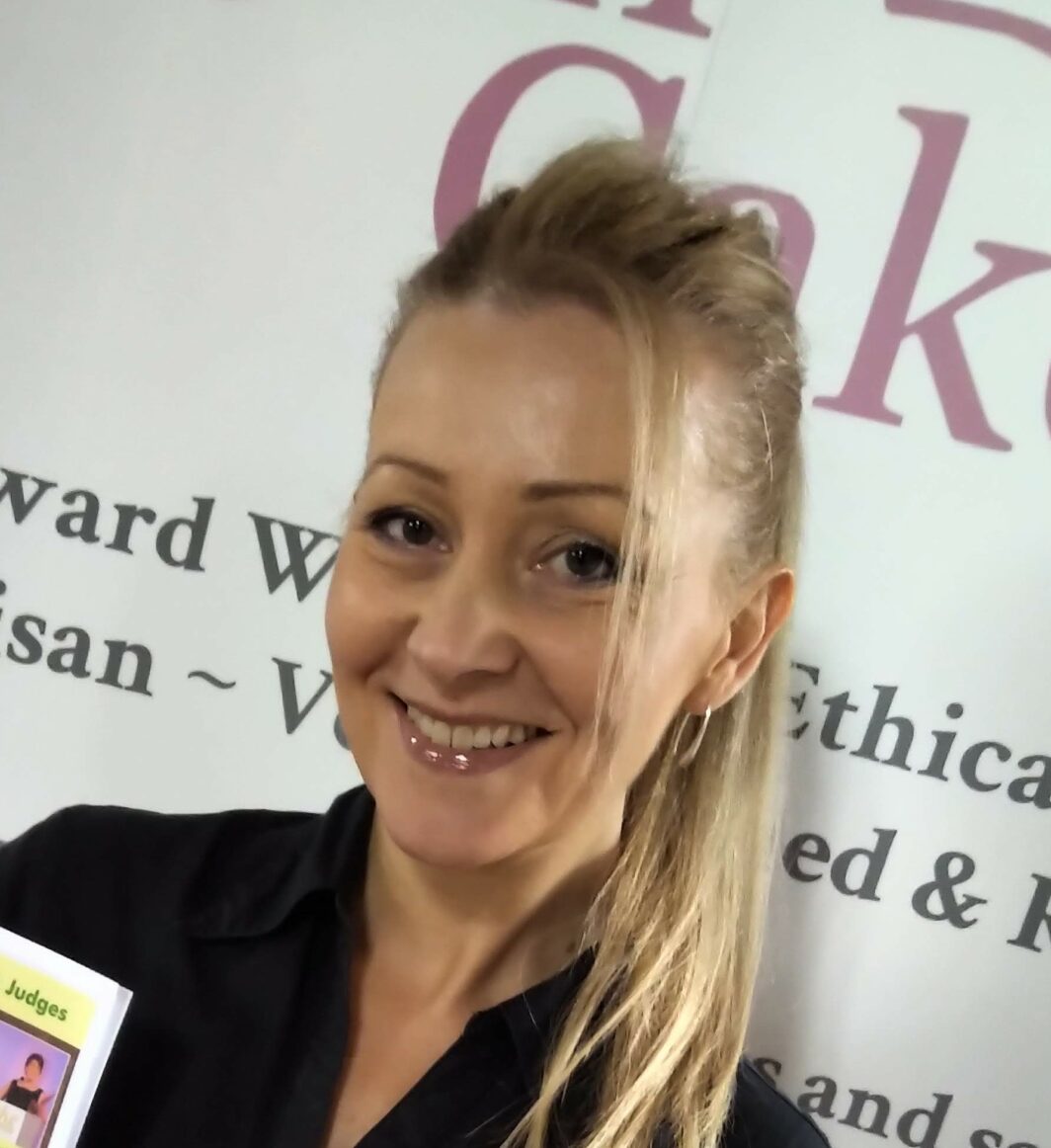 Winning with almost 35% of the total vote in her category, which featured a short-list of 10 nominees from across the UK, The Vegan Cakery also achieved more than double the votes of the second placed business.

Winning her first Vegfest UK Award in 2015, three years after establishing her cottage industry in the Leicestershire village of Fleckney, ethical vegan Michelle has since won the baking category – which is voted for by the public – every year, now making it an unprecedented seven straight successes.

“I’m lost for words really”, said an elated Michelle, who has been a pioneering force and leading the way in vegan baking in the UK since June 2012, “It’s such an honour to receive such amazing support from my customers across the UK, I can’t thank everyone enough for taking the time to vote for The Vegan Cakery – it truly does mean the world to me.

“To have won the baking category at Vegfest UK for a seventh consecutive year really is very special, and particularly in a year which has been very challenging with the continued difficulties posed by the pandemic and the various restrictions which still have an impact – even with things as seemingly simple as availability of certain ingredients, packaging and what have you.”

Michelle added: “I am so very grateful for all of the support I receive year-on-year and I also want to take this opportunity to directly thank all of those customers who have been so incredible over the last 12 months. It’s been such a tough time for everyone, still is for so many, and I am very mindful of that each and every time someone places an order. I really do have the best customers!”

In total, Michelle has now won 10 different awards since she established The Vegan Cakery and continues to cement her reputation at the forefront of vegan baking. Leading the way since 2012, Michelle truly has been an innovative and pioneering force by bringing to market vegan products which were otherwise previously unavailable or unheard of.

Most notably, and most popular over the years, is the range of vegan ‘cream’ cakes which she has developed, grown and expanded – including The Vegan Cakery’s signature Mille-Feuille and Jam and ‘Cream’ Doughnuts. Lemon Meringue Pies, Custard Slices, Bakewell Tarts and Battenbergs are hugely popular, along with Banoffee Pies, a wide range of pastries, cakes, brownies and biscuits.

Over the past year Michelle’s range of savoury products has become increasingly popular, especially the incredible quiches – the only vegan quiches which have a true ‘eggy-ness’ like a quiche should – and ground-breaking Pork-less Pies which have Hot Water Crust Pastry, meat substitute filling and vegan jelly. Undoubtedly, the closest possible match to a ‘regular’ pork pie.

As since day one, The Vegan Cakery remains a one-woman business with Michelle making all products by hand, fresh to order for each customer. Each and every product has been developed by Michelle, to her own recipes, which continues to mean The Vegan Cakery is completely unique.

Vegetarian from her early teens, Michelle became an ethical vegan almost 18 years ago after becoming increasingly aware of, and concerned by, the appalling animal welfare in the UK and beyond. Since that time she has been an amazing advocate for a vegan lifestyle and a supporter of a wide variety of animal charities, sanctuaries and other animal welfare groups and causes.