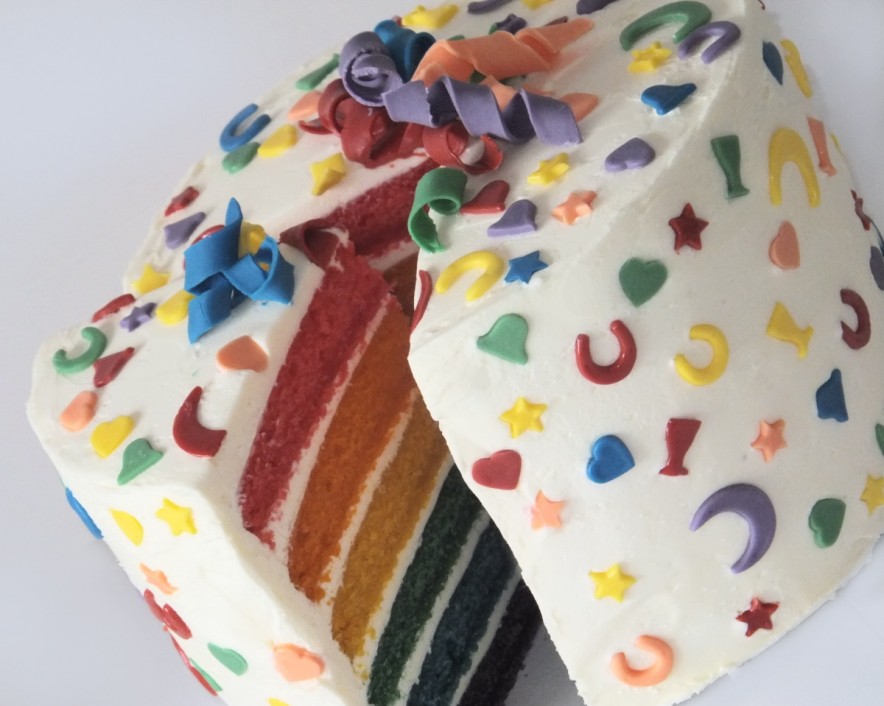 Fleckney artisan baker Michelle Orme is celebrating success after her home-based enterprise, The Vegan Cakery, was named ‘Best Vegan Company’ at the annual UK Vegan Awards in Wolverhampton on Saturday, 26th October – little more than a year since establishing the business.

Nominated for the prestigious accolade by the organisers of the West Midlands Vegan Festival, the Leicestershire cottage industry saw off competition from some of the biggest international brands in the world of vegan and cruelty-free business, including Moo-Free, Fry’s, Plamil, Booja Booja, Bute Island and the Heather Mills-owned V-Bites.

“I never expected to win the Best Vegan Company award against so many high-profile, established vegan businesses – it came as a massive surprise!”, said an elated Michelle, “I didn’t know The Vegan Cakery had been nominated to begin with, I never put myself forward for awards so that in itself was really nice recognition. I really do want to say a huge thank you to everyone who voted.”

Initially establishing The Vegan Cakery in June last year to try and take vegan and cruelty-free baking mainstream, and to dispel many of the false impressions surrounding diets which are completely free from animal derived ingredients, Michelle also works incredibly hard to raise funds for a range of charities and animal sanctuaries.

Donating a double-figure percentage of each month’s turnover to a specified ‘Charity of the Month’, coupled with other regular donations to charities such as Hillside Animal Sanctuary in Norfolk and Animals In Need in Little Irchester, Northamptonshire, promoting animal welfare and associated causes is one of the biggest drivers behind The Vegan Cakery’s existence.

“I started The Vegan Cakery for two main reasons”, added Michelle, “Unfortunately, there is a lot of vegan food out there which doesn’t do the wider perception of ‘veganism’ much good. As a vegan myself, I wanted to show vegan, cruelty-free cakes and treats can be every bit as tasty and delicious as any other.
“We’ve got a large number of repeat customers who aren’t even vegetarian, let alone vegan, so we’re showing what’s possible. Most importantly though, for me, is raising what I can for animal charities. The levels of animal abuse and neglect, in the food industry and beyond, are an absolute disgrace and wholly unnecessary. The good news is, more and more people are seeing that.”

As well as selling an extensive range of Vegan Society registered 100% vegan cupcakes, Bakewell Tarts, Battenbergs, celebration cakes and other such treats online at www.vegancakery.com they are also available at two local Leicestershire outlets – Café Mbriki, on Carts Lane in Leicester city centre, and Brocks Hill Visitor Centre in Oadby.

Reflecting on The Vegan Cakery’s nomination and success in the UK Vegan Awards, event organiser Kevin White said: “The idea of the Best Vegan Company award was to bring together the best of the best companies from various categories. Most selected have been around many years, and are widely regarded as leaders in their respective fields. The Vegan Cakery stands out from the crowd and I think the end result clearly justified the nomination!”